With a great partnership, it means that you’re all in alignment together and hopefully on the same page with the direction of the company, with where you’re going. I think it’s important that not only are you on the same page as a company, and all have the same vision, but personally you have Intuitive Goals™ and dreams and visions that you are accomplishing. Right now, I’m working with a partnership and the partners do have things that they see for the company in common, but they also individually have different things that they see that the other partner isn’t interested in doing at all. So, you want to make sure that you and your partner have clarity together with where you’re heading. You also know where the other person is coming from with their Intuitive Goals™, what they want to achieve, and what they want to call forth. The thing that’s important is that the partners are all humming at the same atomic frequency, that they’re all coming together and emanating an energy so that they call forth that future reality together so that it’s not an uneven energy that pulls in different directions and incongruent situations. One of the things I’m passionate about is helping partnerships look at things from a future point of view and help that company bring their future reality to their now.

What would break down a partnership?

So what breaks down a partnership right off the top is resentment. When there’s resentment that’s been percolating, that hasn’t been addressed; they can’t seem to move past it. Also too, things that are hidden. For example, I was working with a partnership in Colorado; there were an owner and four partners, and a huge stuck hospital project.  It was a multi-million dollar media mess. The company had always had an outstanding reputation until now.  I said to the owner, “I need to meet with the partner overseeing the project because his energy is on this project.”  He replied with, “He’s coming to dinner tonight to answer questions about why he feels he should be CEO of the company.  I’m going to call the guy up on the phone now, and I will put him on speaker so that you can hear his voice.”

I get a lot of information from listening to a person’s voice, I just do. For whatever reason, I’m able to access a part of my brain that allows me to know information about that person’s personality, historical information, that kind of a thing. So the owner and the partner spoke on the phone and confirmed that they would see each other that night. When the owner hung up, I said to the owner, “Two things. Number one, the guy has political aspirations, and that’s really why he wants to be CEO of the company. And number two, he’s having an affair.” The owner about fell on the floor. He said, “As far as the political aspirations, he has never mentioned it. And as far as the affair you are absolutely out of your mind! The guy is a Christian, deacon of his church he would never do such a thing!  I thought, “Give me a break; you gotta be kidding me!”  Keep in mind, the owner was a Vietnam fighter pilot, a tough guy with a heart of gold and yet, I’d better be able to not only prove what I am saying because these were stealthy things I was saying about his partner but, I should also be prepared to back it up.

When the partner showed up, I was introduced as a business analyst and consultant who was helping him on some projects and the owner asked the partner if he would mind if I stayed and listened to the questions and answers. He replied, “Of course not, that would be great!”

I knew the moment I met this person that I had it nailed. So we sit and listen as the partner goes through the answers to the questions of why he should be CEO of the company. At the end of it, the owner says to him, “I have a question for you.” the partner says, “shoot.”  “Do you have political aspirations and that’s why you want to be CEO of the company?” The partner about fell out of his chair! He turned beet red, coughed and said, “Yes, I do.” The owner was furious(but, he didn’t show it) because he’d  been lied to and in none of the answers that the partner gave was there anything about politics.  However, he remained calm…remember this person was a Vietnam fighter pilot and can stay cool as a cucumber under the most dire circumstances.

The owner for about six months kept saying to me that I was wrong about the affair, and I stuck to my guns about it and would say, “No I am not.” Three months after that, the owner came back to me and said you were right. It turned out later that he had been having an affair for a couple of years. To bad all of this honesty couldn’t have come out earlier. Maybe that hospital project wouldn’t have become so stuck and could have gone on to become a facility that helped many people.

The important part: So here this partner was, overseeing the hospital project, it was a massive media mess, it was an embarrassment to the company, and he was hiding a lot of stuff. When you’re hiding things, your energy begins to emanate differently, and things will get hidden from you. Keep in mind, I have zero judgment on what this guy was doing, my interests is in identifying what has the project stuck, what is affecting the business and getting into turning it around ASAP. The fact that this guy had two two circumstances that he was hiding;  can you imagine the tap dance that he had to do from having to hide an affair and at the same time that he wanted to use the company for his own political gain?  That’s a lot of dancing!  No wonder this hospital project became massively stuck!

So, the breakdown comes when one of the partners is somehow not being upfront and authentic, by not telling the truth of who they are inside, their inside self. Affairs of the heart are so powerful, and the energy that comes from that is powerful energy that you’re vibrating. You’re going to attract people and events that are vibrationally frequency-specific to what you’re emanating.  Its atoms and molecules, it’s science, and there’s no mystery to it! My expertise is in zeroing in on how those atoms are not lining up.  I always say, “It’s the personal stuff that gets the business stuff blocked.”  When we think we have to be different to please other people, that means you’re not authentically vibrating from a position of power. So that causes partnerships to break down for sure.

So when it comes to broken partnerships because of those reasons, why can’t they fix themselves? What’s usually going on?

Number one, you can’t see objectively. You can’t see the situation from a bird’s eye point of view. And number two, with resentment, it keeps you so stuck in the past that there’s no way to hear your direction at the moment. There’s no way to hear God’s direction and the universe’s direction in the moment because you’re so caught up in the energy snag of resentment. So I take people through a process in healing resentments and helping them see from a bird’s eye point of view. And also helping them see the hidden energy because it’s difficult to see. You think you know yourself so well, but yet you don’t realize there’s hidden energy that needs to be investigated. And, admitting that is scary because it’s like, “Well now what?! If I look at this, then oh my gosh it means a lot of things are going to have to change! So what does that fallout look like?” But really, the fallout may be the greatest thing that could ever happen to you when there’s a coming together that is more in authentic alignment with who you are as a person, as a company, as a partnership.

You know you’re eventually going to have to do it, so you are either going to do it now, or you’re going to be forced to do it later. A circumstance or a situation is going to force you if you want to move forward with your business and grow your business.

After you have brought that change what is then achievable, that was not achievable before?

Oh, the sky’s the limit! Because there is so much freed-up energy to go on and create! All the energy that was caught up in anger or resentment, chaos, drama… now that’s freed up to create something new. I always ask my clients, “What could be the most exciting thing that could happen?” And that’s what’s freed up to be then created, which is what is the most exciting thing. So whether it’s attracting new clients, attracting a certain amount of money, or having products sell, anything is achievable. And it all happens in a very short amount of time because I’m dealing with science, I’m dealing with atoms molecules which I love so much.

What are the Intuitive Goals™ for a partnership?

So Intuitive Goals™ are, first of all, a phrase I’ve coined. It’s based on a workshop I’ve taught for 16 years now, and it’s all about your soul’s purpose and what would be the most exciting thing that could happen to you Individually as well as for the partnership in these ten areas, mentally, physically, spiritually, career, financially, fun, educationally, materially, relationship, and contribution. For a partnership, what could be the most exciting thing that can happen in those ten areas for the company? I have the partners look at the global Intuitive Goals™ for the overall company as well as individual, and honestly look at what would be the most exciting thing and getting into that and creating that, and it’s the soul purpose of the company.

I believe that we’re all in partnership together for the greater good, what’s for the greater whole.  Because we all think that we all have our particular businesses, but when I come from a place of, “What is this business for? How can it serve in a greater way, for the greater good? How can it affect change in the world?” it’s magical what begins to happen.  It’s exciting to experience and witness and be a part of this-this new creation, created something that has never been created before. I’m very, very humbled and honored that I get to work with global partnerships around the world that are affecting global change.

← When Shirley MacLaine says to you, “Monique, I Don’t Have Time for Such Small Thinking” – YIKES!
An Affair, Political Aspirations and A Multi-Million Dollar Stuck Project → 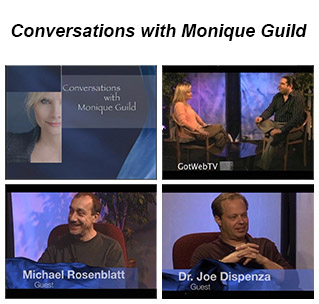 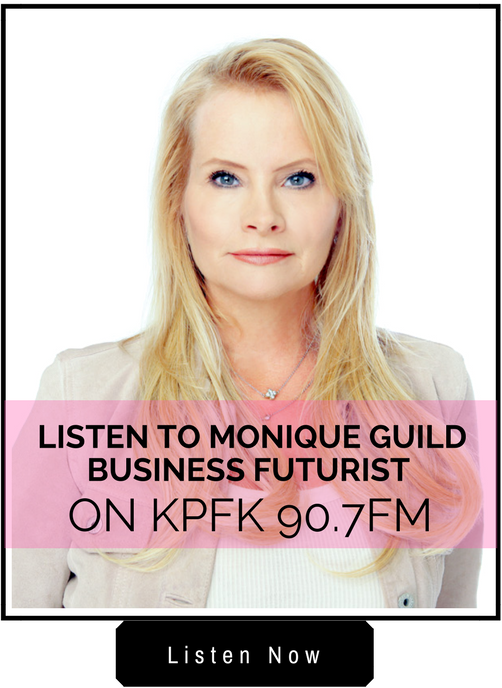